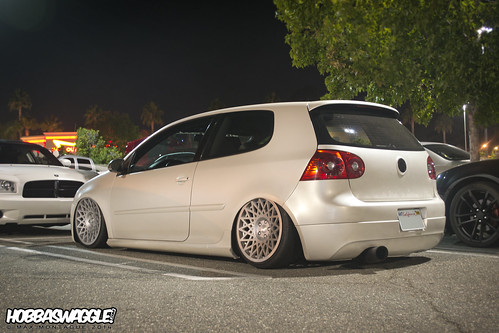 Howdy all! It’s been a while since I’ve gone to a new, regular meet so I decided to join up with a few SoCal Fitted buddies and take a little drive down south to Laguna Hills for a weekly meet that’s held there.  I had heard there was usually a pretty good turnout but that it could get a little rowdy, either way I figured there would be something worth taking some pictures of and at least I’d get to meet a few more Fits face-to-face.  I didn’t get as many pictures as I would have liked to because the meet really did start getting crowded around 10:30 or so and once the burnouts and police started to make themselves present, I got back in my car and headed home to edit what little I did shoot.  I’m definitely planning on going again, just gotta make sure I don’t meet so many people I want to stop and chat with so I can take more pictures! 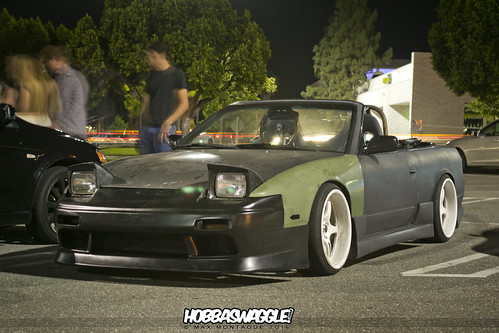 My buddy’s S13 vert built for drift, but I have a feeling it doesn’t see a lot of track drift days… 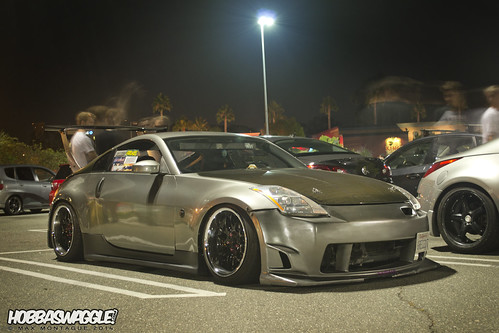 Pretty crazy that this guy drives around at this height, apparently he made the hour and half long journey up from San Diego sitting just like this. 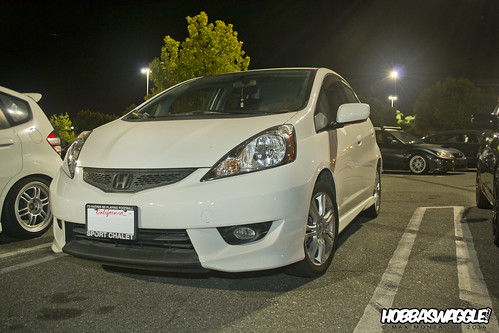 One of the main reasons I didn’t take nearly as many photos as I would’ve liked to was because I was chatting with my Bjorn about anything and everything in sight! He’s new to the SoCal Fitted family and aiming to keep his car primarily stock, but I’ll do my best to at least coax him off those stock wheels, maybe onto my RPF1’s peeking in the background? 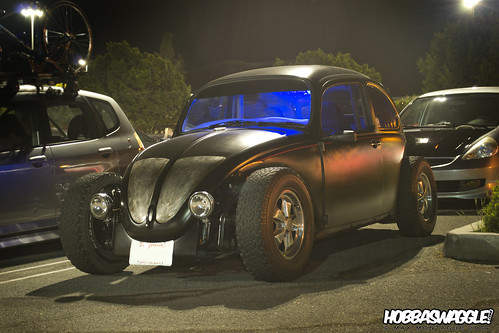 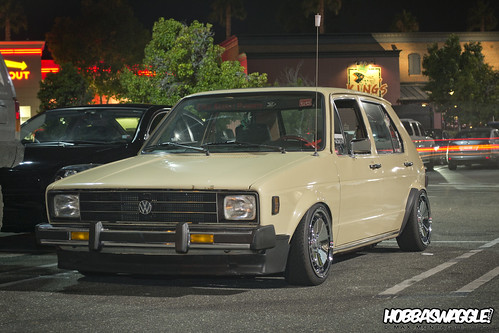 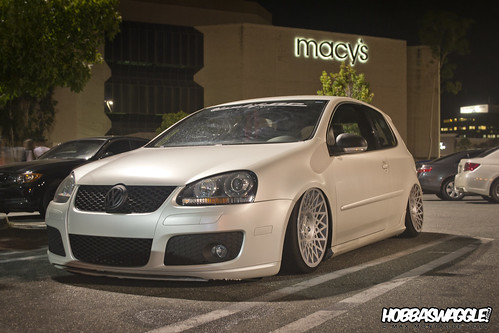 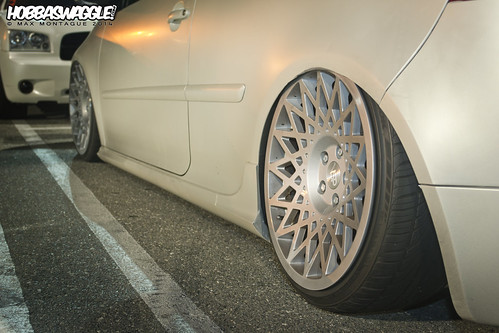 Very cool pearl-white wrapped n’ bagged Mk. 5 Golf on VSP Type 1, got to meet the owner who was a really nice guy that actually wanted to talk with someone about his car, haha 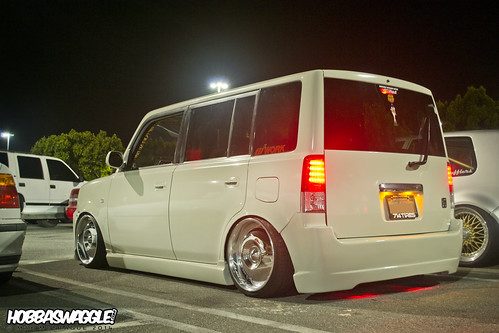 Super low xB on rare and freaking awesomely named Work Leadsleds.  Definitely getting a better look at that interior next time 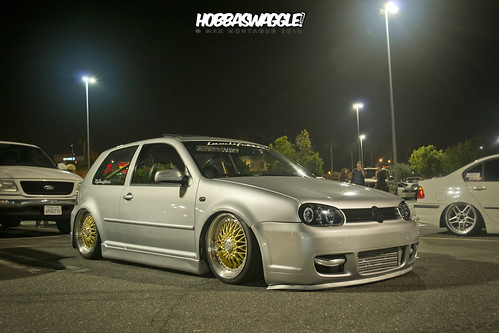 Another bagged Golf wearing a giant BigBMufflers sticker, something that was pretty common to the loud, low cars of the evening. 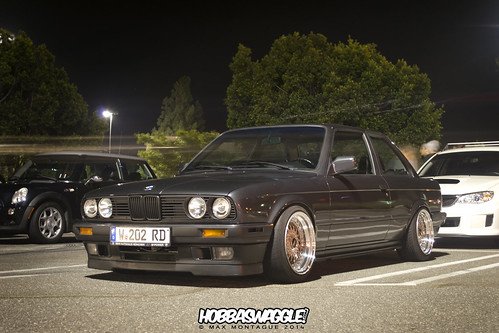 Probably my favorite shot of the evening, mostly because you cant even tell a motorcycle and two different people got between this BMW and I while the shutter was open, this was a 20sec exposure.

Well that wraps this one up nice and quick! Like I said, I’ll definitely be attending this meet again soon with more in-depth coverage.