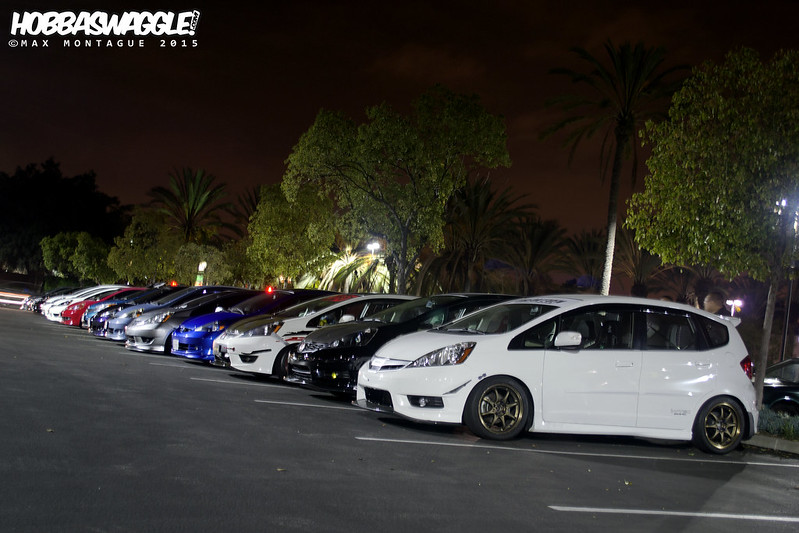 It had been quite a while since I attended my local SoCal Fitted X Truefitcrew monthly meet due to other random commitments I had for the Saturday night when it is usually held, but being as it was supposed to occur on Valentines Day this month, it was pushed back to a day I could actually make it! The attendance always fluctuates between 10 and nearly 30 Fits from as far away as San Diego and Fresno but tonight it was more of the core group…..also I was a little late to be honest.  It’s always a good time with Fit owners, even if they might be a little green in terms of mechanical skill (as the case for most Fit owners is that it’s their first car they’ve really begun doing modifications to), they do a great job of making everyone feel welcome and there’s always a friendly mood and interesting discussion of ‘what’s next’ for everyone and musing on theoretical ways to make these little cars faster, lower, or closer to our JDM Jazz equivalents (or, more specifically, our THAI Jazz equivalents! Those guys are NUTS…..)  Today was an even more special case because a few of the Fits present were heading on to Buttonwillow the following morning to hit the track with Note in his Buddy Club-sponsored GE Fit. 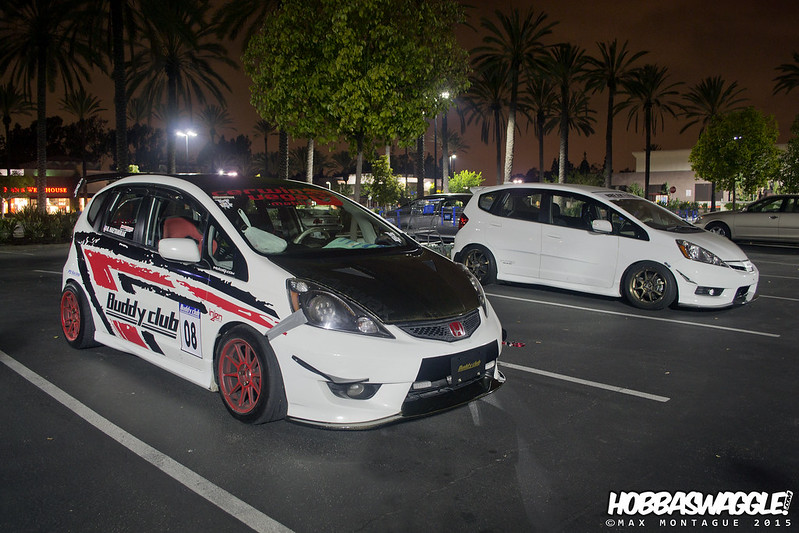 Note’s Fit has been leading the pack in terms of R&D and pushing the limits of his fenders, it’s so awesome to see it out on the street bouncing off of every bump and pebble in the road, someplace it rarely sees these days between track time and booth duty showing with Buddy Club at a majority of the local shows.  Where most Fit owners would be extremely satisfied with the aesthetic appearance Note has achieved, he is one of the few to continue the track theme beneath the exterior with custom one-off parts or by means of adapting something from another chassis to the Fit to wring every ounce of power from the teeny 1.5L. SO stoked to see where this thing is in a year! 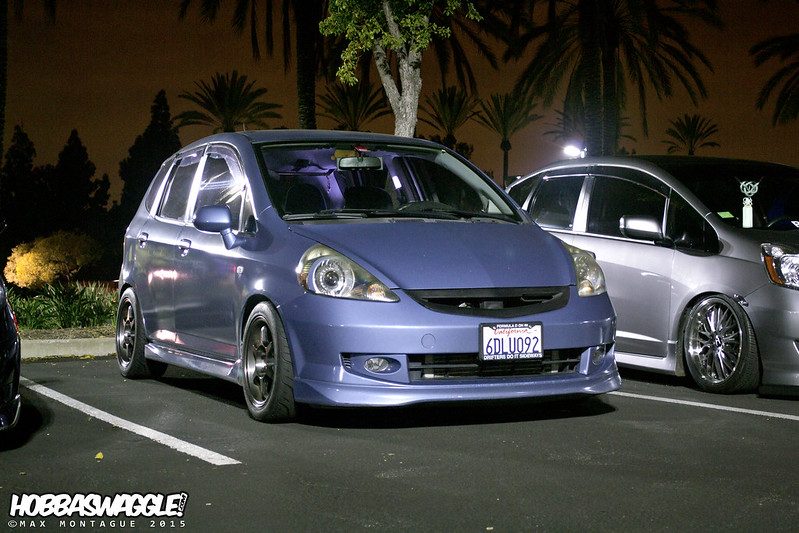 Jason’s turbo-equipped GD is a regular and staple of the SoCal Fit community, regularly posting updates on his minute adjustments to various parts of his suspension, reviews of other cars he has sweet-talked the owner into letting him drive, or David-and-Goliath-esque tales of him trolling late-night to whomp on unsuspecting Mustangs on the freeway! 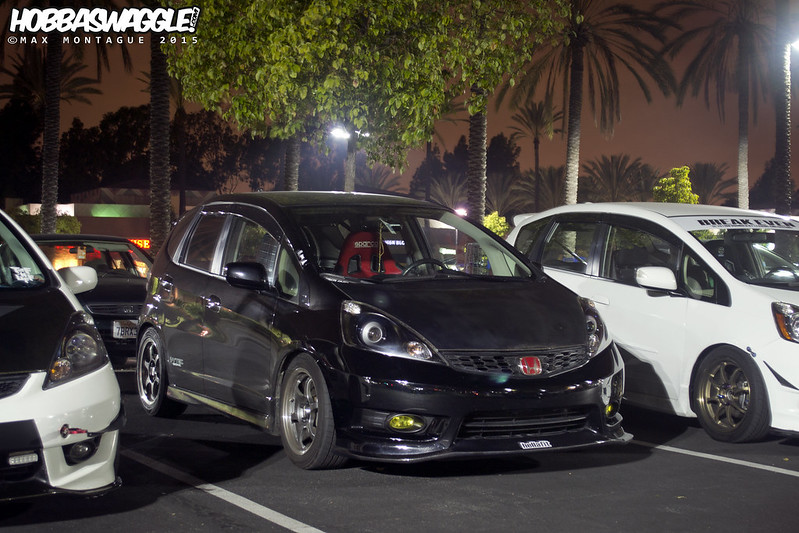 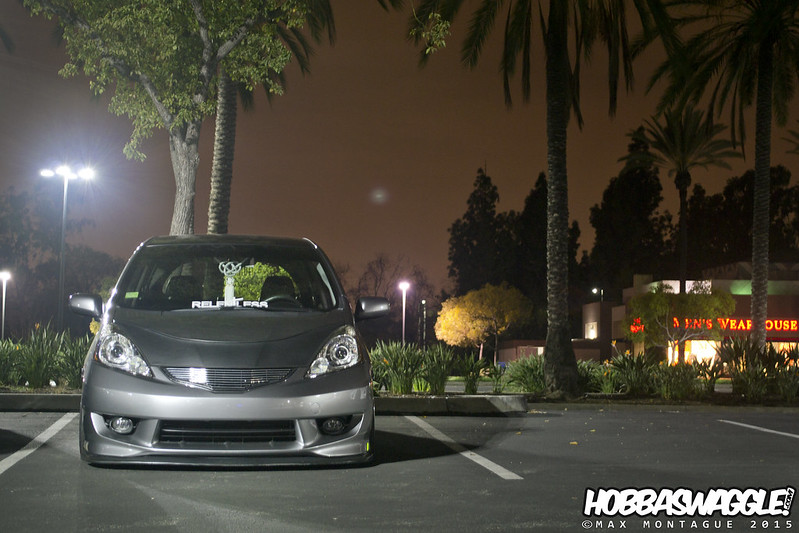 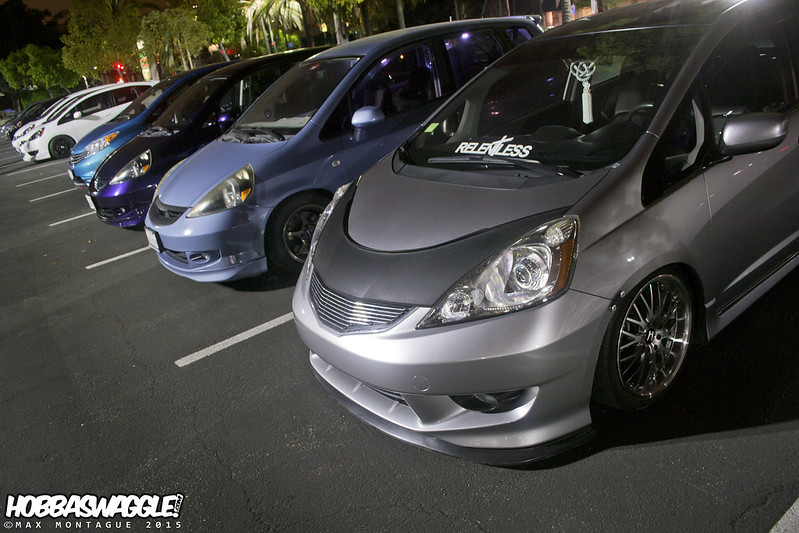 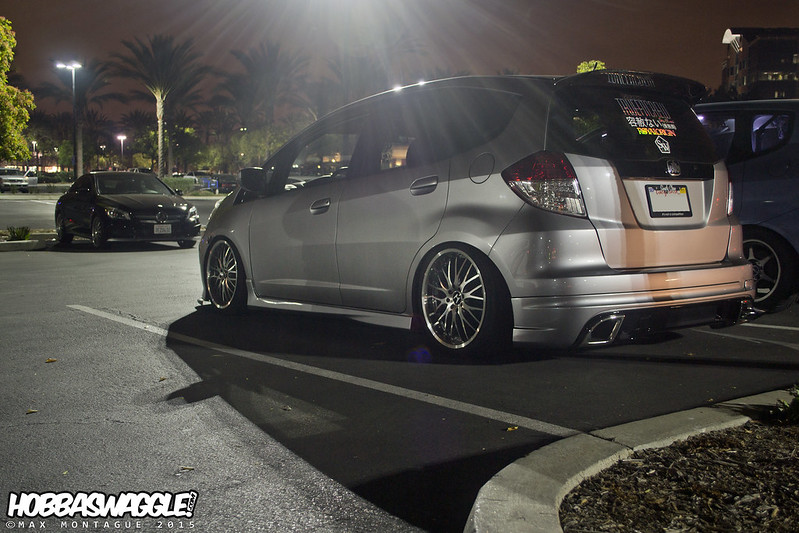 Zuriel’s Fit has really been coming together this ‘off-season’ and he’s been going full-force into VIP styling on a level that nobody else really is.  Besides being the lowest static Fit in the area (there are a few mid-west guys absolutely destroying their cars running like 1/18″ of oil pan clearance) he also somehow manages to pull off a billet grille!  His projector retrofit looks nearly factory and he’s even gotten a new bippu-style passenger table/cupholder since that I NEED to get pictures of! 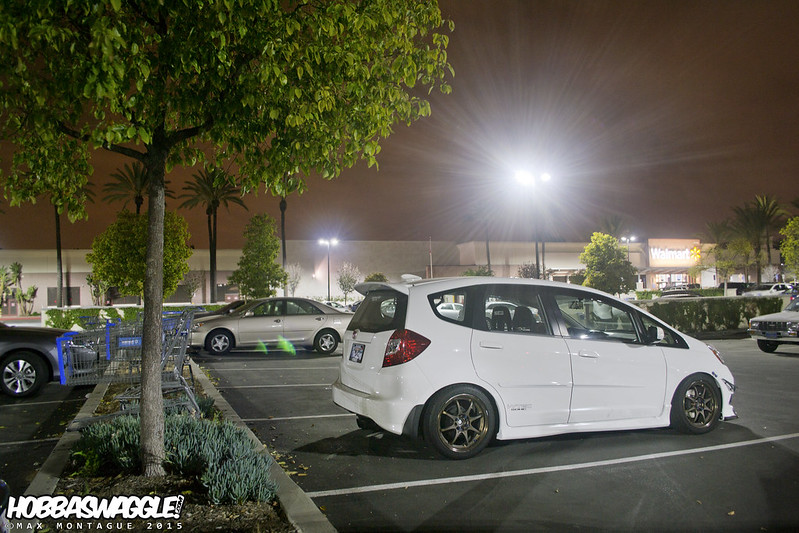 Andrew was originally going the VIP route on his GE as well but has since done a complete 180 and is going with a more track-inspired look these days with a BRIDE bucket, Takata harness, CE28’s and a tastefully half-cut rear bumper.  You can still see some remnants of his VIP roots though in the painted ducktail and shaved and painted rear wiper garnish, love this thing. 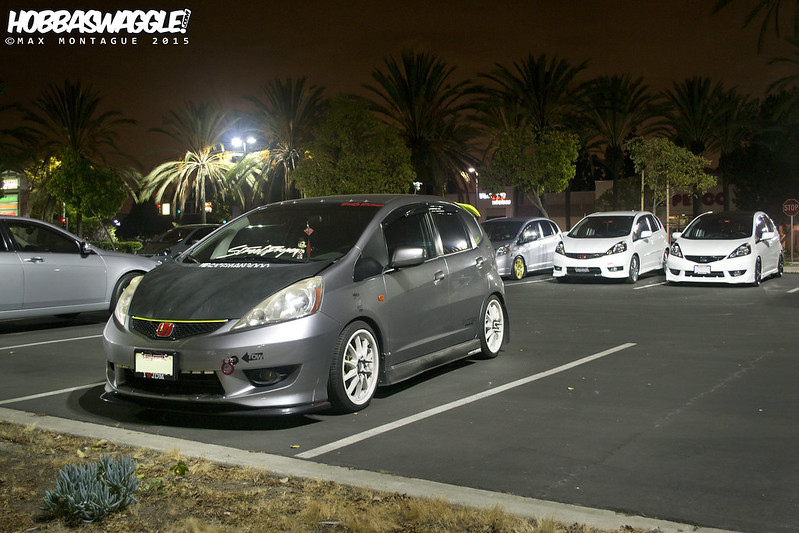 Genji’s ever-evolving and ever-LED-gathering GE recently suffered at the hands of an extreme LA pothole, but amazingly doesn’t look worse for wear at all.  Shortly after this meet he ended up picking up my old JDM taillights, a new set of clean headlights, and a few other little bits to make it even more individual. 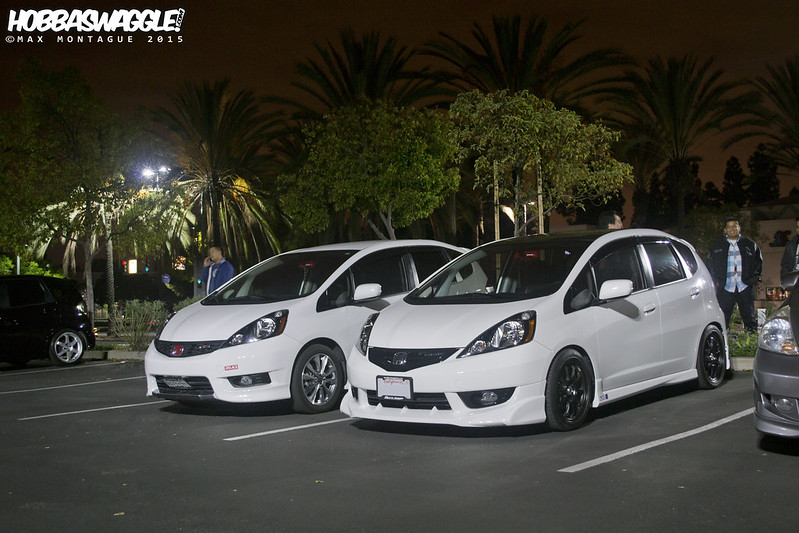 The Mugen Fit on SSR type F on the right is owned by the organizer of the meet, Wais, and in my opinion is a great example of a tasteful balance of class and aggression, one of the few guys with a black roof as well which looks great. 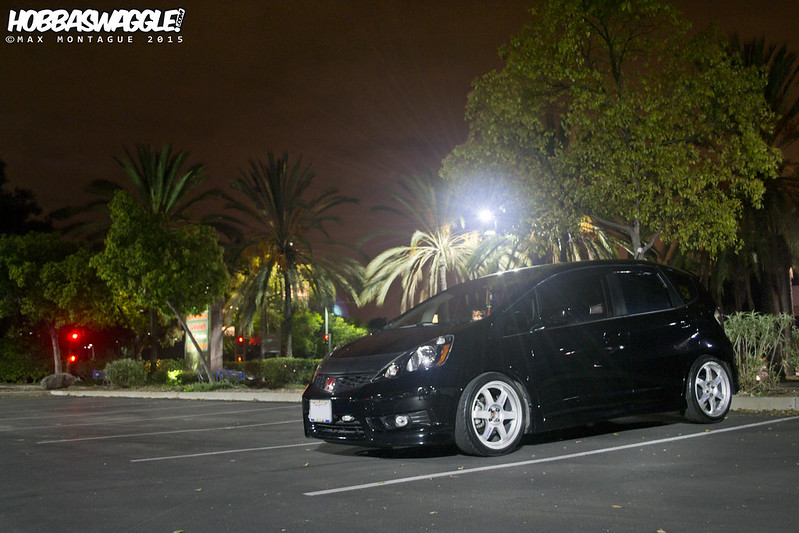 Wrapping it up with this GE on Volk TE37, which look amazing on every car, really. Can’t wait to see where everyone is at next month!