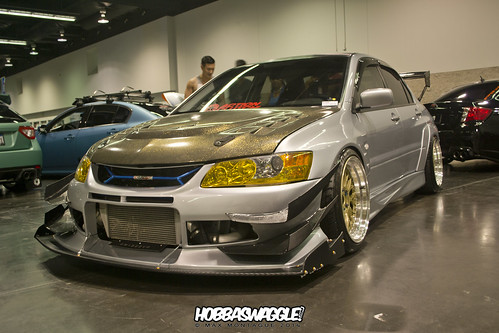 Moving from out in front of the building, we now go inside to the show itself!  The interior of the convention center is freaking HUGE and there were almost too many cars to comprehend.  That, combined with the various stereo systems blaring different dub-step remixes of recent top-20 hits echoing off all the hard surfaces, gave walking through the opening door the impact of an audio-visual punch in the face!  After recovering from walking through the door, I set my sights on what stood out most amid the giant sea of tuned-up goodness.  I’m going to be honest, shooting this show without a tripod was a serious challenge, especially since it was a lot more crowded than I expected it would be, but what fun would it be if it was easy! There were a lot of different colored lights around too which gave an….interesting effect to a lot of my shots, but I’m happy with my results and always proud to say I shot this whole show with my 18-55mm kit lens and Chinese knock-off sb600. 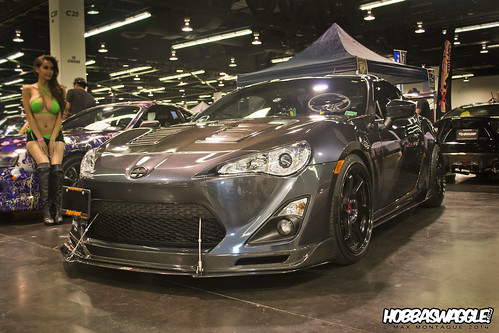 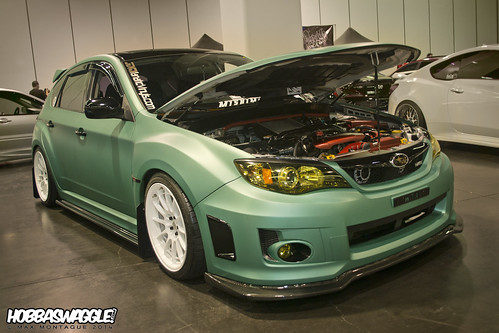 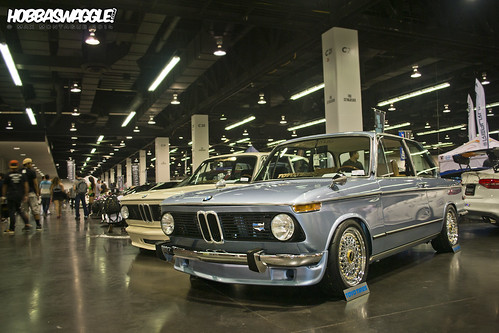 ‘Clean’ is an understatement. 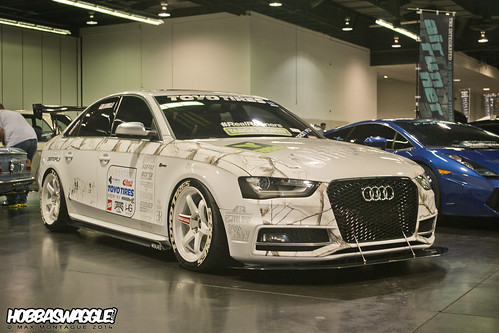 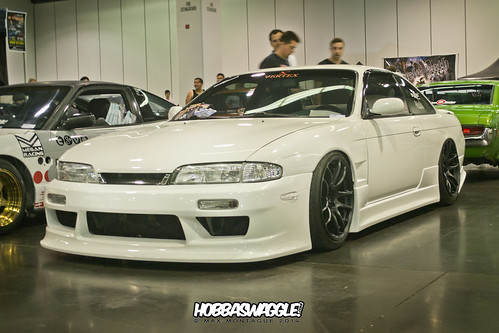 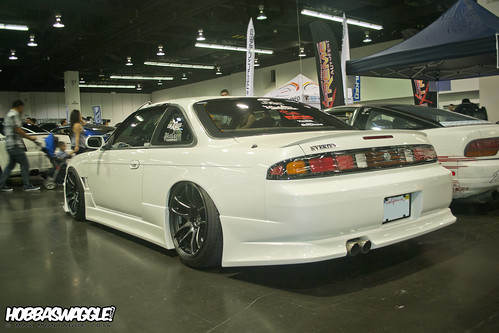 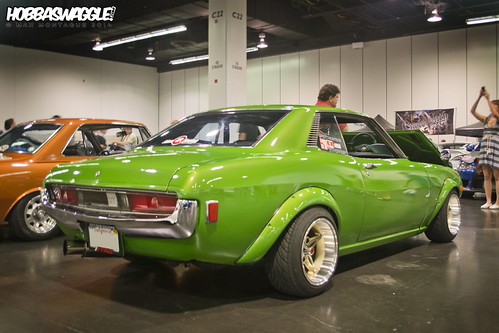 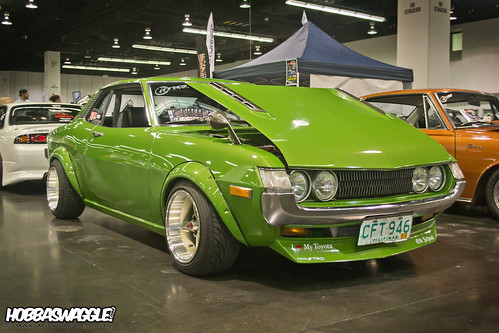 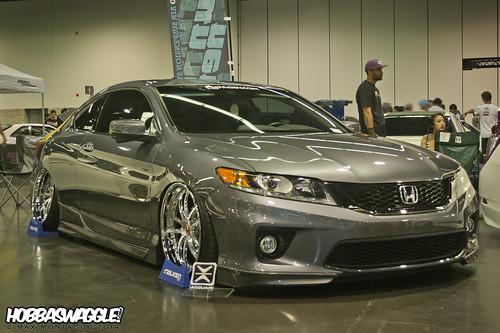 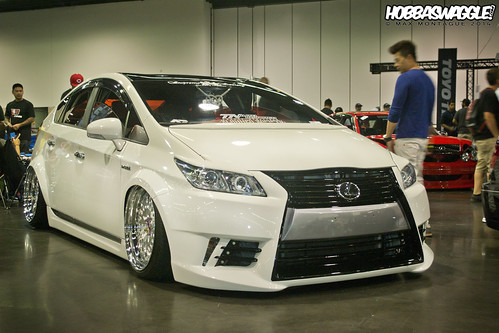 There have been various photos of the build process of  this Prius floating around on the internets for a while now and the final result did not disappoint.  I’ve got a weird thing about side mirrors though, and if I had gone through all the trouble of full custom metal wide-body I would have finagled a less blobular set of mirrors on this thing that make sense with the crispness of the rest of the car.  I just hone in on these things and can’t enjoy the rest of the details without coming back to them! 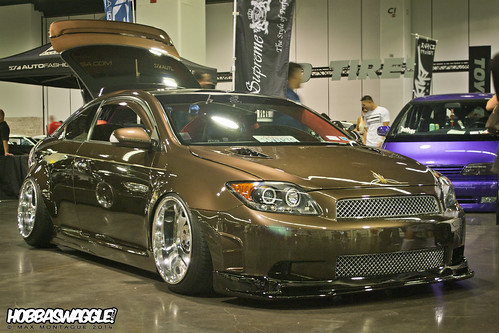 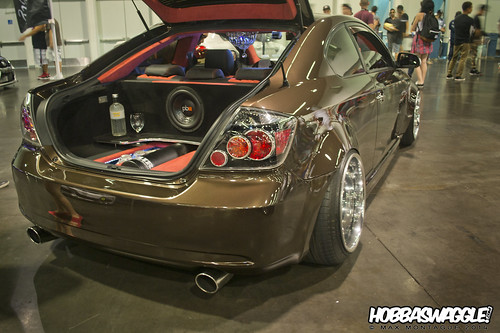 Justin’s tC keeps getting better! It’s kind of tough to see in the picture, but that IS a miniature chandelier hanging from the roof. True luxury! 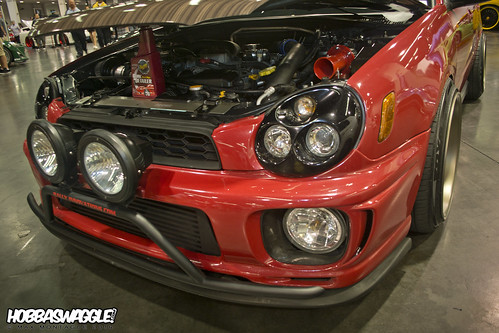 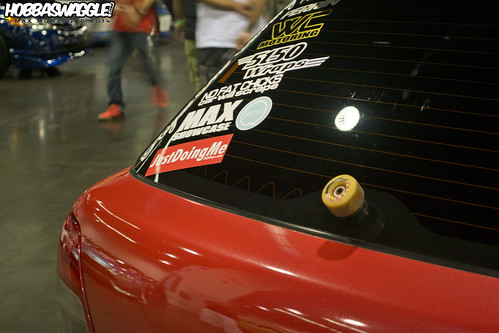 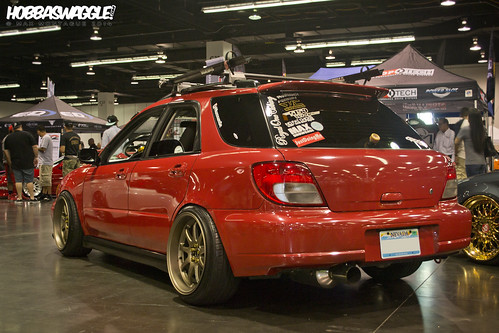 I always like seeing how people deal with the nubbin leftover from removing their rear wiper-blades, this officially marks the first time I’ve seen a skateboard wheel put to use 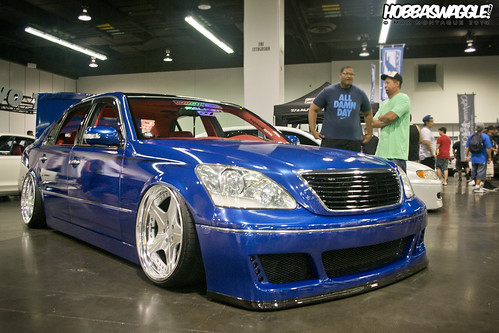 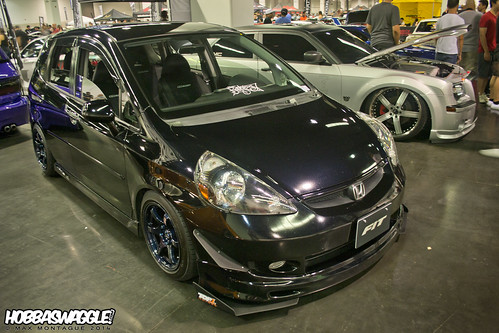 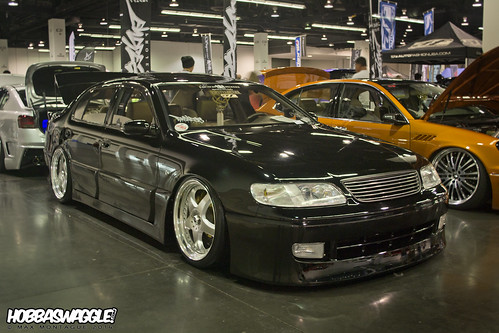 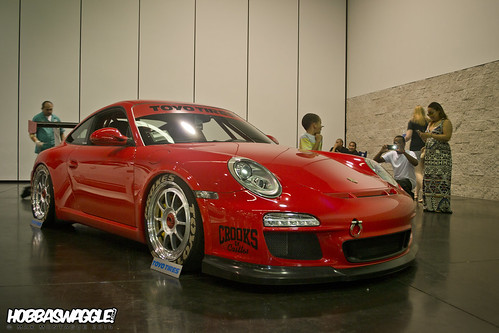 What 8-yr old DOESN’T want a photo in front of something bright red and awesome like the Crooks & Castles Porsche GT3? 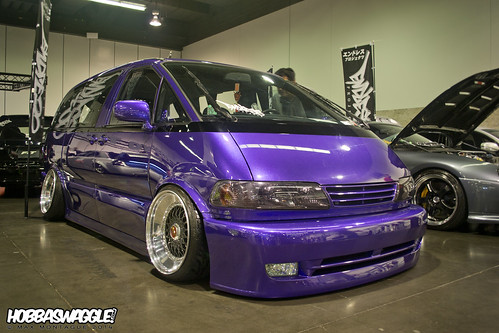 It seems like this Previa has a new addition every time I see it, whether its these super-dished BBS’s or the wood flooring throughout, it never disappoints 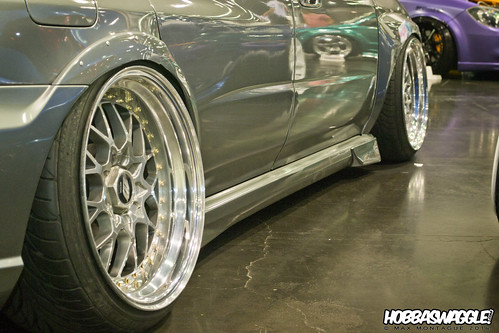 This super slammed hawk-eye WRX marks the end of part 2 of my Spocom shots, much, much more to come in part 3…