I thought I had properly prepared myself to attend Wekfest this year, but as soon as I got out of my car and saw the line I knew I had a LOT of time before I was getting in.  General admission was not until 1:30PM and the line was already hundreds, if not a couple thousand people long.  While it’s awesome for the guys putting on the show that attendance is higher than ever, but for someone trying to get in and take pictures…it’s a different story.  So rather than slowly sear myself on the asphalt, I decided to take a stroll around the parking lot to check out some of what the Wekfest audience was rolling around in.  Keep in mind many of these cars may have been in the parking lot because they chose not to show, either because they are a work in progress or because they simply aren’t interested in building a “show car” and the main reason I go out to shoot parking lots is to see what trends carry over and what are presumably daily drivers.

Cool lowered FR-S on a gorgeous set of Work Meister S1 3-piece, love how the blue of the Work logo is picked up in the neo-chrome of the lugs. 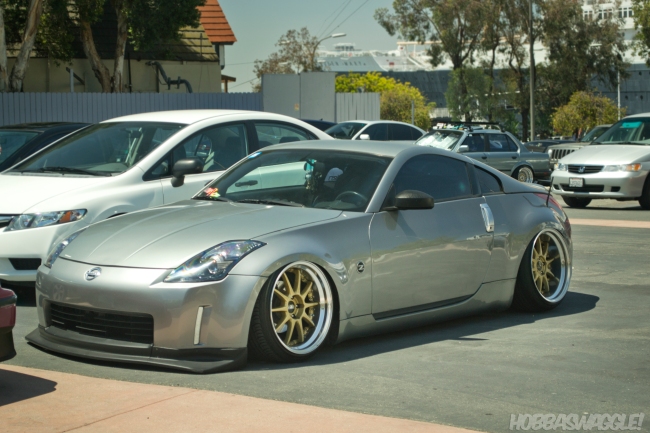 Pretty gnarly fender-pinching setup for this Z.  This area over in front of the Queen Mary itself had a good number of modified cars scattered throughout, I ended up seeing enough cool stuff to be satisfied even if I didn’t make it into the meet! 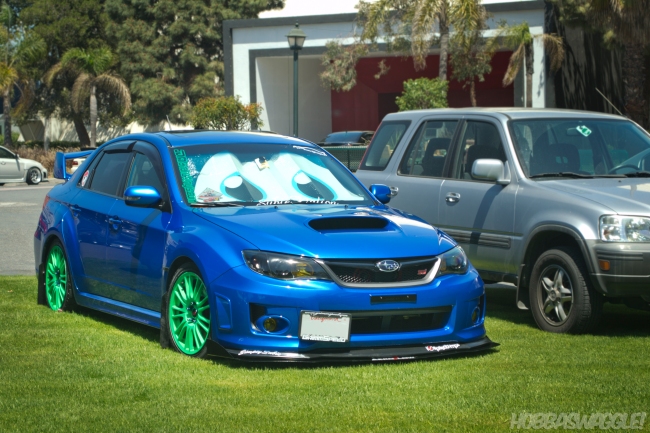 Only the addition of some ‘Cars’ style eyes soften the mean face of a WRX.

More and more aggressively modified Camrys have been popping up of late and this one seems the most impressive wheel setup, along with equally awesome bodywork and an air setup to go along with it.

It’s always cool to see a modified Integra that retains it’s USDM bug-eye front end, it seems like there are more driving around with JDM front-end conversions than not these days.

A little glimpse of the line behind this simple and straightforward FRS, keep in mind this is a good 400 feet from the entrance and it still continues out of frame! 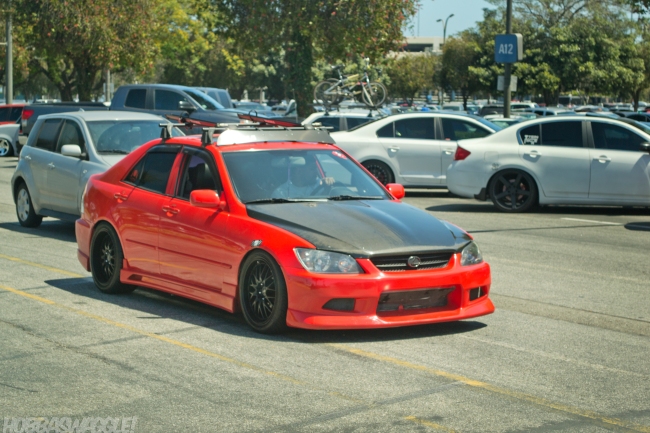 The whole time cars were constantly weaving through the parking lot desperately looking for somewhere to park, I caught this IS among the pack.

There were a number of times after I had gotten into the show when I would think back to these two cars and wonder, “How did this get into the show while those two were out it the parking lot??” But, as I said earlier, there are an infinite number of reasons an owner would choose to park in the lot and come as an attendee rather than as a participant of a show-I’m just glad they brought them out at all!  Stay tuned for pt. 2!