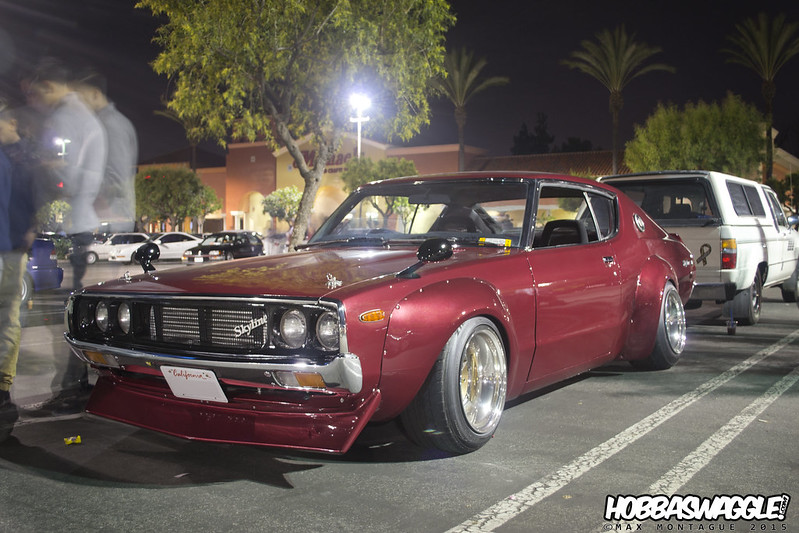 There’s very little in life that I get more enjoyment out of than finding something truly amazing in the last place you would expect to see it, a ‘diamond in the rough’ (cue Lawrence of Arabia Soundtrack).  January’s BigBangMeet in Brea was just such an occasion when I had the chance to snap a few shots of this gorgeous ’72 C110 GTR, one of only 197 (if it is a real GTR, which I believe it to be!).  I have yet to get specific details from the owner but apparently this car sat undiscovered for a good amount of time, was snatched up by someone with a keen eye and traded hands a few times before ending up with its current owner, albeit with a completely different look about it.  I do know that I have seen this car once before at the Mighty Car Mods LA Meet, but that was before when it was white and on RS Watanabes.  The addition of the ultra-rare Techno Racing Phantom wheels seals the deal on this thing winning plenty of awards and being the source of many, many ‘neck-injury’ metaphors.  Enjoy! 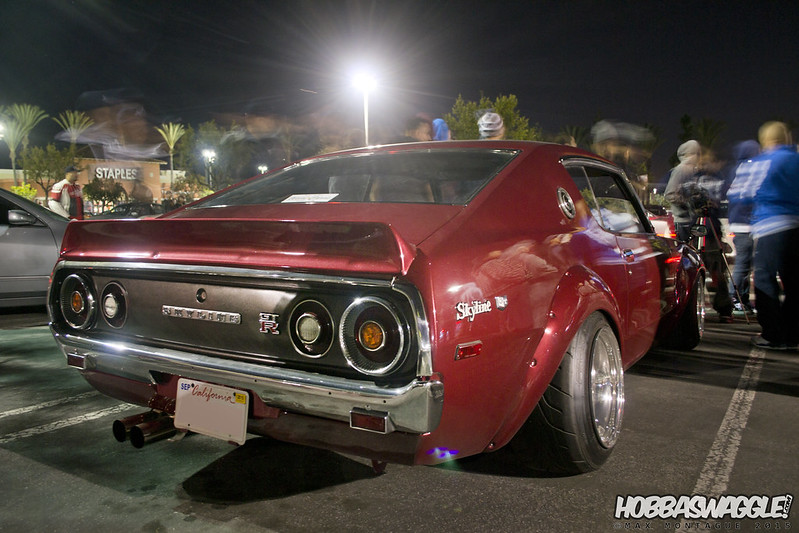 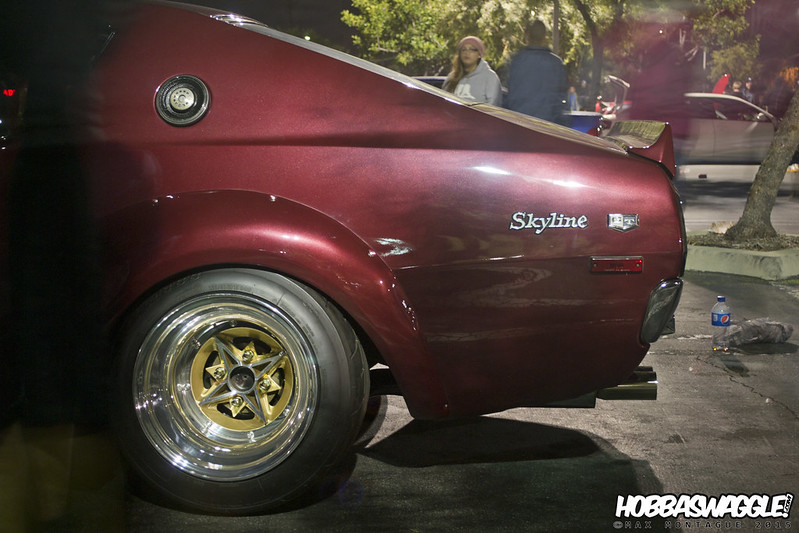 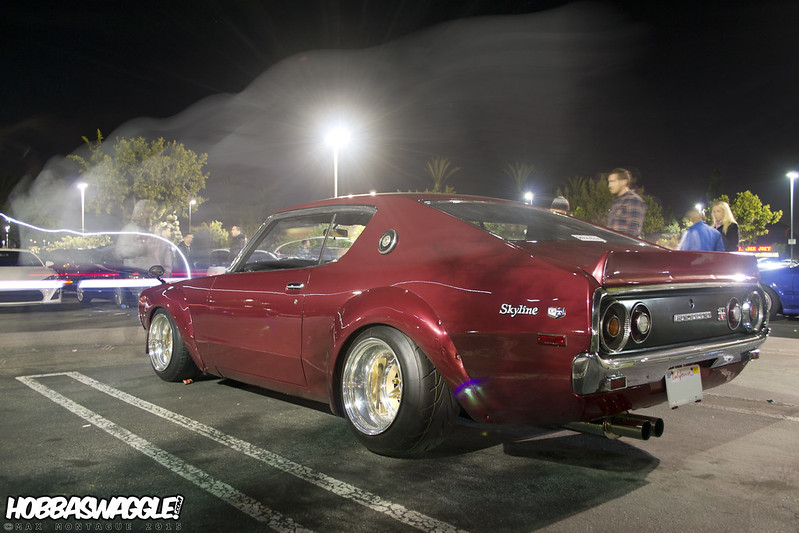 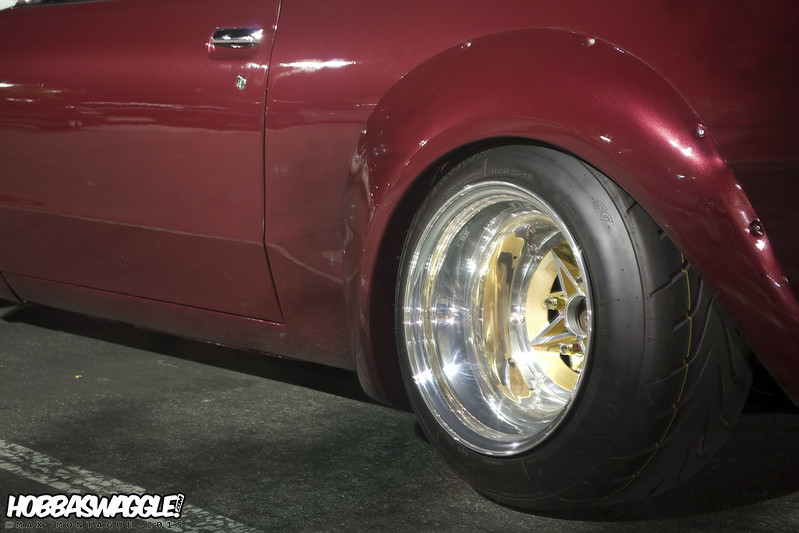 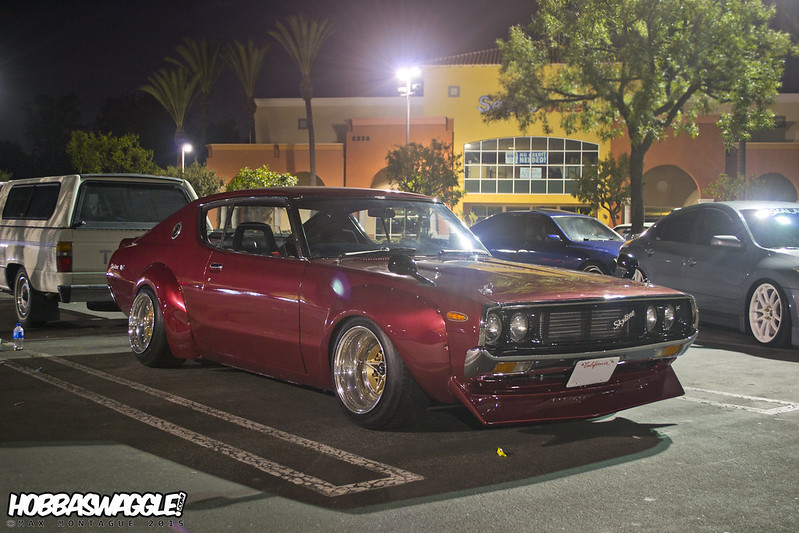 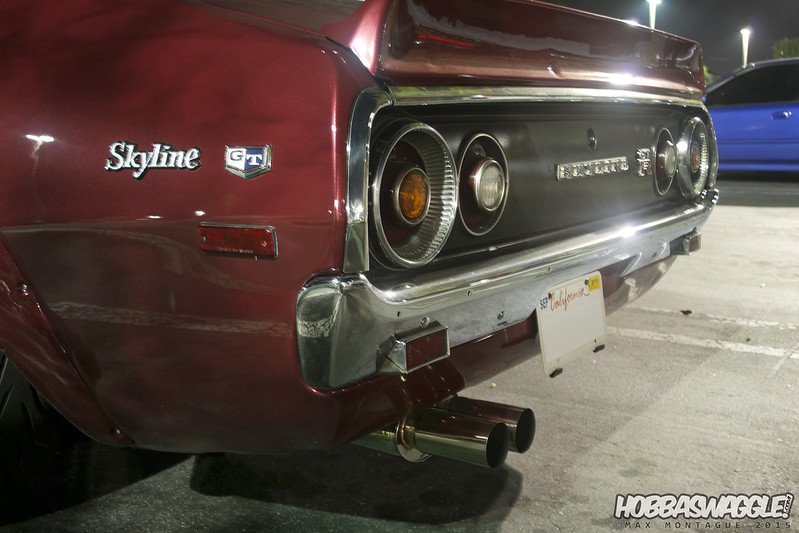